ABOUT BOOKS WORKBOOKS BLOG ART PRINTS CONTACT PATREON
how change can save your life
distraction: a positive or a negative? 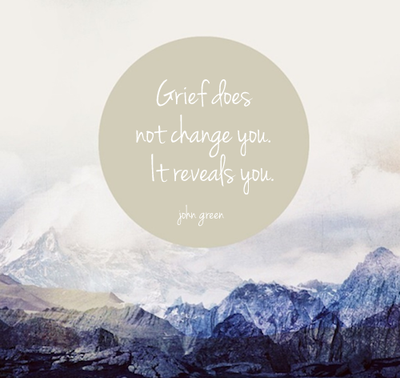 For the past two weeks, I've been mourning the loss of my dog, Bella. It's been a very difficult time, attempting to stay positive when my mind has been filled with thoughts of her and my heart has been heavy with missing her. Usually I'm able to put my emotions into words—in fact, that's one of the ways I'm able to cope with loss and difficult situations—but it's been harder than usual for me to define how I feel. When I read this passage in The Elegance of the Hedgehog by Muriel Barbery, in which one of the major characters lost her best friend, I felt as if someone had taken the words right from my heart and printed them on paper:

For the first time in my life I understood the meaning of the word never. And it's really awful. You say the word a hundred times a day but you don't really know what you're saying until you're faced with a real "never again." Ultimately you always have the illusion that you've in control of what's happening; nothing seems definitive . . . And I think that even a few seconds before dying, "never again" would still just be empty words. But when someone you love dies. . . well, I can tell you that you really feel what it means and it really really hurts. It's like fireworks suddenly burning out in the sky and everything going black. I feel alone, and sick, and my heart aches and every movement seems to require a colossal effort.

Reading those words, I felt less alone—and more certain that the "never again" I was so devestated by was a pain that others had also experienced. Losing Bella was a heart-wrenching ordeal—one that left me not only feeling emotionally drained, but physically sick as well—and staying positive and present was incredibly challenging, but, surprisingly (or perhaps not so surprisingly, I should say, being such an advocate of positivity!), it was the efforts to stay positive and present that led me to the place in which I now find myself two weeks after Bella's death: still extremely sad (I still cry at least once a day, though the all-out sobfests are becoming less frequent) but able to feel happiness and look forward to the future.

Coping with loss—especially the definitive and irreversible loss of death—is never easy, but over the past two weeks I've learned a variety of ways to make the most of this unfortunate situation. Prior to Bella's death, I wasn't sure if I would have the strength to stay positive and present after I lost her. I pictured myself spending weeks in bed, unable to do anything but sob. And while I won't deny that there's been a significant amount of sobbing over here, it's now been two weeks and I've spent a total of zero days in bed. Here are some of the things I did to manage the loss:

1. Spend time with friends. I cannot tell you how valuable my friends and family have been during this difficult time. Since losing Bella, I've spent hours and hours with friends, both reflecting on my little Bella and distracting myself with new topics of conversation. Initially I thought I'd want a lot of alone time to deal with my sadness, but I quickly found that spending time with friends was absolutely essential. I felt a million times better when I was surrounded by love and support.

2. Appreciate what was. I'm not one for looking backward, but when it comes to loss, I do think it can be helpful to look back and appreciate the good times. Though it was incredibly difficult with Bella being sick for nearly a year before she died, I was fortunate to be able to work from home and spend tons of quality time with her. I'm thankful for every single moment I had with her and I wouldn't trade them for anything. Even though remembering her can be painful, it's also helpful to recall all of the positive experiences we shared.

3. Find distractions. It's rarely a good idea to avoid emotions, but over the past few weeks I've come to realize that sometimes distraction is necessary. The more I ruminated on the loss, the sadder I became. But when I distracted myself—with movies, books, friends, work, and even a short getaway—I felt so much better. At first, I didn't want distraction, feeling it devalued the emotions that I deserved to feel, but I soon realized that focusing on the good things didn't detract from how much Bella meant to me—and it made me feel a lot better.

4. Switch things up. One of the toughest things about losing Bella is coping with all the routines in my life that had been dictated by her. For months, I'd been caring for this sick pup and without her I almost didn't know what to do with myself—so I decided to go on a quick vacation of sorts, tagging along on my boyfriend's business trip. The change of scenery (good ol' Princeton, NJ!) did me a world of good and helped me to switch up my routines a bit when I returned.

5. Take care of you. For days after I lost Bella, I was physically sick. I had a stomach ache that would not quit and it was awful (not to meant the swollen eyes I had from crying so much—always a cute look!). I knew that both on a emotional and physical levels, I needed a lot of self-care and I made sure to take it easy for a few days after I lost my dear sweet pup. In between visits with friends, I rested a lot. I treated myself to a lot of great magazines and comedic movies—and all that care resulted in a fairly quick physical recovery.

6. Look forward. Though staying present (even with the hard stuff) really helps me make the most of life, in some situations I feel as though looking forward can be really beneficial. I knew a new puppy would never replace my Bella, but I couldn't hide the fact that the thought of a new dog put a smile on my face. I didn't know when it would happen, but I knew at some point I would get a new dog and fall head-over-heels again. Facing the hopelessness of loss, keeping the idea of a future puppy in mind gave me something to hope for.

Should Bella's death have occurred years ago, I don't think I would would be doing as well as I am now, a mere two weeks after the loss. As tempting as it was to give into the waves of sadness that threatened to overwhelm me, I realized that I had a lot more tools for coping than I realized. I'm back at work—working on an exciting new project, in fact!—and I'm looking forward to the future. Is it still incredibly difficult without Bella? Yes. Does my heart still feel like it's crumbling with the loss of her? Yes. But I'm making the most of what cannot be changed.

In The Elegance of the Hedgehog, the character I mentioned earlier had an interesting experience immediately following the loss of her dear friend. She was walking through her apartment building when she heard beautiful music coming from within one of the apartment units. Later, she reflects on the beautiful music she heard:

Maybe that's what life is about: there's a lot of despair, but also the odd moment of beauty, where time is no longer the same. It's as if those strains of music created a sort of interlude in time, something suspended, an elsewhere that had come to us, an always within never. Yes, that's it, an always within never. Because, from now on, for you, I'll be searching for those moments of always with never.

Over the past few weeks, I've learned just how true these words are. Despite the sadness and pain, the true despair of losing a best friend, there is still beauty in life. The beauty of now doesn't override from the pain of remembering what was, but it helps. Loss will never be painless, but we have some control over how much we suffer. When you focus on the beauty, the positivity—those moments of always within never—some of the suffering is eased and every day, bit by bit, things will start to look better and brighter.

Dani, I'm very sorry for your loss. Thanks for sharing your story and some helpful strategies to work through the grief.

Thank you so much for sharing your experience Dani. Something that helps me is knowing that I WILL get through those dark times and I WILL feel better again. That's a very important lesson that experience has taught me over the years, although I know it's hard to believe it when you are in the midst of grieving. But you will be joyful again, not just seeing beauty, but feeling it. As you say, it's a step by step process.

When we take an animal into our care we know that we will eventually have to see them leave us, but the love and joy they bring to our lives and the memories we have to look back on go some way to balancing this inevitable sadness out.

This is a really lovely post about a difficult subject. I lost my dog just before Christmas (see my blog post) so know just how you feel. Thinking of you! x

Sherry - Thanks so much. I hope these strategies will help others to deal with loss as well.

Claire - You're welcome. Great point about focusing on the knowledge that you will get through tough times. It really does get better (no matter how bad things might seem). I try to focus, too, on what a great experience it was to have Bella in my life.

Rebecca - Thanks for sharing your post too. I'm looking forward to checking it out. It's such a difficult thing to go through and it's always nice to know that others know just how you feel.

Thankyou, mostly for your honesty. I appreciate that you acknowledge being positively present doesn't magically fix bad emotions. It just helps deal with them in a healthy way to recover a bit quicker.

I just left a long-term relationship and am going through grief and loss. Your post today really resonated with me.

Those are some good tips and I'll put them into practice.

Laura - You're welcome! It's been a very tough time to stay positive and present, but the effort I've made to do so has helped. As you said, there's no quick fix when it comes to a loss like this, but I know it will gradually get better. I'm sorry to hear that you too are dealing with a loss, and I hope these tips help you through the difficult time. Stay positive!

My heartfelt sympathy on the loss of your beloved Bella.

Sandy - Thank you so much. I truly appreciate it!

Dani, I am so sorry. I know how sad you feel.

We lost our retired greyhound, Talya, on Feb.7. I still miss her.

Wendy - Thank for sending loving energy my way. I'm so sorry to hear about your loss. It's such a difficult thing to go through, but I'm sure you gave Talya a wonderful life. I'm thinking of you!

Dani, I'm so sorry to read about your loss. Sending you lots and lots of love from London.

Cheryl - Thank you! I appreciate you sending love my way! :)