You Are Somebody: Lessons from #MarchForOurLives 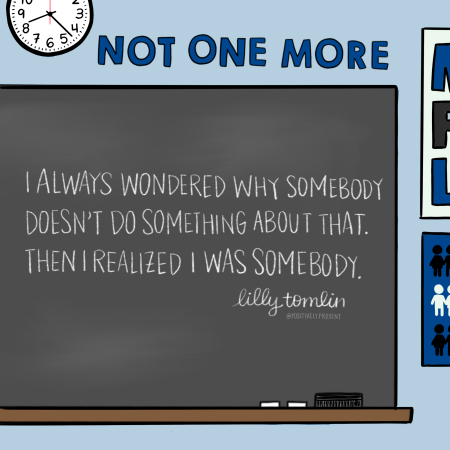 Over the weekend, I (and over 800,000 others!) attended the #MarchForOurLives protest in DC, which is now being called the biggest single-day protest in DC's history. Though I wasn't there long (good ol' anxiety and post-surgery troubles kept me from making it all the way to center of the action), I was present long enough to feel awed and inspired by the sheer magnitude of people, the enthusiasm and determination of those marching, and the fact that all of this was taking place because those who went through a horrific, unimaginable experience decided to take action.

Whether or not you support the cause, #MarchForOurLives is a powerful movement, a shining example of what can be done when people come together for a common goal. I saw people of all ages, races, genders, and orientations. I saw those with disabilities. I saw little babies and old ladies. I saw people loudly chanting with colorful signs, and people quietly standing on the sidelines in support. There are very few times in life that I've seen so many different kinds of people come together in one place, and that alone is uplifting. But there were a few other important life lessons that I picked up while in the city. Here are just a few of the things was inspired by at the March:

As I wrote above, one of the most inspiring aspects of the event was the astounding number of people, many of which had traveled much further than my 20 minute drive, gathered in one place for one cause. No matter how different these people were, all of them believed enough in one issue to make the effort to attend. And DC was just one of the many cities and towns around the world holding an event. I'm not one for group activities (I generally avoid them all costs), but there truly is something amazing about so many people supporting one single cause. Even I, the most anti-group person I know, was in awe of how it felt to be connected collectively to all of these strangers, both the ones standing around me and those standing up across the globe.

Of course, it's no surprise that the event was inspiring. The posters alone could keep me motivated for ages! And those speeches...wow. But the coolest part about it, for me, was taking in inspiration in the form of various types of information. From the statistics shown on the big screens to the personal stories bravely shared on stage to the hand-written signs held aloft, every aspect held a bit of information that led me to feel even more passionate and inspired by the cause. More people doesn't always mean more information (and it's important to remember that all information isn't accurate), but something about the way everything came together for the event made me feel not only more inspired, but also more informed as well.

One of the most fascinating and aspirational aspects of the March was that, even with all of the voices and all of the people standing side by side, there's no guarantee that change will come. Everyone participating was, and still is, united in the uncertainty of potential change. We don't know if what we did will matter. We don't know what kind of difference it will make. And being united in that uncertainty is oddly life-affirming and powerful. Generally speaking, most of us don't know what will happen for sure in our lives. Part of being human is being uncertain. But to see so many people face an uncertainty head-on, to know they're facing an uphill battle and still choosing to fight, was such a poignant reminder that, when it comes down to it, we're all united in the uncertainty of what's to come.

While I'm sure the event wasn't without some issues, for the most part, it was hundreds of thousands of people coming together to take a positive, proactive action. The words spoken, the signs created, and even the songs played on the loudspeaker provided feelings of hope and optimism. Yes, there was pain and anger, too, but most of what I heard and saw was focused on motivation, inspiration, and a cultivate of ambition and hope. I've never before seen so many people, all in one place, participating in the same activity with the same goal in mind. Positive participation on this level is rare, and seeing it in real life is something I'll forever be inspired by.

There were moments, over the past few weeks, when I thought I wouldn't go to the March. I wondered, as many others probably did, if it was really going to do anything. I wondered, selfishly, if it was worth the time and energy. But I'm so thankful I pushed my selfishness and doubts aside and went. There's something truly unforgettable about being surrounded by thousands of complete strangers who believe in a cause passionately. There's something truly magical about standing among all of those people and knowing that you're not the only one who, despite everything that's happened in the past, believes that change is possible. There is something powerful about being surrounded by people and realizing that, though you're unsure of if and when the change will come, you are somebody and you are standing up for something. 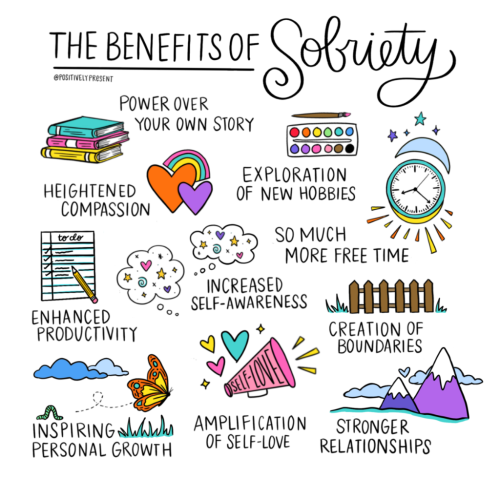 Having recently received quite a few emails asking for advice on sobriety, I’ve been inspired to think about what advice is particularly useful for someone seeking sobriety. When it comes to living a sober life, one of the best pieces of advice I can give is this: discover what will motivate you to begin ¾ and to keep going. No matter what your situation, the one piece of advice that applies to just about everyone is this: identify how your life will be better sober.

Too often, people contemplating sobriety focus their attention on what they might lose — their daily (often comforting) habits, certain people who will hinder their sobriety, activities that might no longer hold the same appeal, a quick (but highly problematic) escape from reality — when they should be focusing on is all that they will gain from choosing to get sober.

Sobriety, of course, isn’t for everyone, but if you think it might be for you, considering the ways your life might improve can be a powerful motivator when it comes to seeking, and sticking with, sobriety. Below I share a few of the ways my life has improved since I got sober (nearly eight years ago!), with the hope that they might inspire you, too.

SOBRIETY HAS HELPED ME...

Whether or not sobriety is something you’re exploring or embracing, it’s my hope that the benefits showcased above will inspire you to consider what you might gain if you let go of something that is not adding value to your life. Making the decision to get sober is not an easy one, but it becomes easier when you shift the focus from what you’re giving up to what you stand to gain.

Thank you to Seasons in Malibu for sponsoring this post! 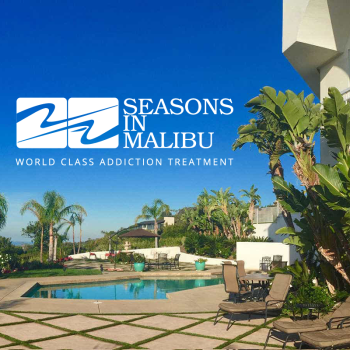 Seasons in Malibu is a luxury, world-class addiction treatment center and drug rehab. The experts at this dual-diagnosis, CARF-accredited facility specialize in treating many types of addiction ranging from prescription drug abuse and opiate addiction to alcoholism and cocaine addiction. Known for their 95% satisfaction rate from clients, Seasons in Malibu offers an incredibly high number of one-one-therapy sessions, a multi-dimensional approach to treatment, holistic recovery options, customized aftercare and so much more – all with panoramic views of the Pacific Ocean in beautiful, relaxing Malibu, California. If you or someone you know is looking for help, visit SeasonsMalibu.com to learn more about their programs, treatment options, and to get a free insurance check

Years That Ask : 50 Questions for Self-Exploration 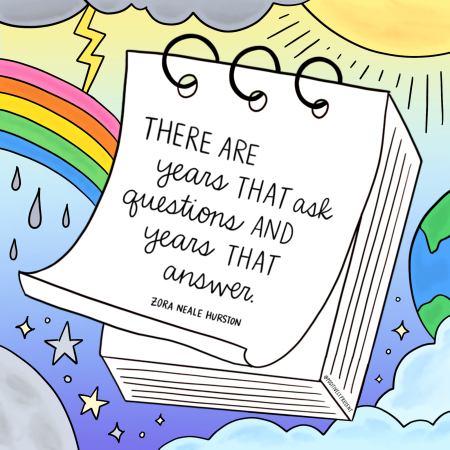 The quote above — "There are years that ask questions and years that answer." — has always been one of my favorites. For me, as for most of us, so much of life is about questions. It's about trying to figure out who I am, what I want, what I can bring to the world, what the world can bring to me. It's a daily pursuit of why, when, how, where, and who. For awhile now, I've felt like I've been more in the "question" part of my life, not the "answer" part, and it's gotten me thinking about how perhaps the best way to find more answers is not to seek them, but to ask more questions.

It sounds counterintuitive, but when you don't know something, often the best way to discover the answer is to keep asking questions, particularly about the initial answers you receive. Earlier this year, I wrote 75 Questions for Cultivating Self-Awareness, and not only was it really well-received, but it got me thinking more about what it means to be me, exploring the ways I can cultivate a better understanding of myself (which ultimately helps me bring the best possible me to the world).

Self-exploration, just like self-love, isn't selfish. It's actually selfless. The more you learn about yourself, the more you question your beliefs and the world around you, the more open-minded your mind becomes. And the more you open your mind, the more open you are to new experiences, new people, new ideas. All of that openness leads to lots of goodness in the world. With that in mind, this week I decided to round up some more questions to explore my own life, beliefs, and self-knowledge. And I thought you might like them too!

If you feel comfortable sharing any of your answers, I'd love to hear them in the comments below! But, either way, I hope these questions inspire you to think differently, to explore what ideas and beliefs matter most to you, and to consider how the concept of questions — and the act of questioning — can positively impact your life.